Coffee Gathering Event for Students that will study in UK

Coffee Gathering Event for Students that will study in UK

The Coffee Gathering Event was completed with great success, which was held on Thursday, July 11 at Wayne’s Coffee in Nicosia 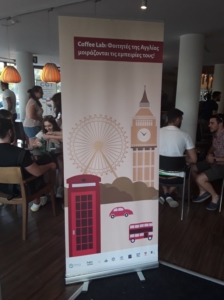 The event was organized for the second year by Global Education, along with the support of EFEK UK and 15 Cypriot Societies based in England : 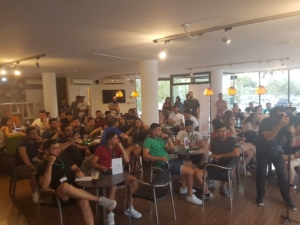 Members of the above Societies had the opportunity to talk to new students and gave them all the necessary information about their new city of residence. There were also experienced Global Education advisors who offered advice to the new students. During the event, attendees were able to take part in various competitions while enjoying their coffee.

Gifts were offered by the following companies·         Casa di Ottica – Christis Tamasios who offered of 2 sunglasses and 2 eyewear·          Voici La Mode Group of Companies, which offered us a 50 euro gift voucher from Celio fashion store ·         Taverna Karvounomagiremata, for  lunch or dinner invitation for 2 people

The event was completed with new students having acquired valuable information about what they really have to deal with and make valuable contacts with people from their university. Global Education is always a conductor and protagonist in events and aim to support, guide and empower students to have a successful and beautiful student life.