Skip to content
Our Team
Dr. Sofroniou has over 35 years extensive worldwide experience in academia; Britain, USA and Cyprus. Early on in his career he acquired useful knowledge as a program assistant with BBC World Service and until recently he was Chief Examiner of Modern Greek GCE examination of the University of London.
Our TeamGlobaleducationcy2023-02-04T06:38:00+02:00 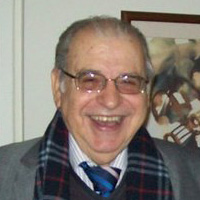 Dr. Sofroniou has over 35 years extensive worldwide experience in academia; Britain, USA and Cyprus. Early on in his career he acquired useful knowledge as a program assistant with BBC World Service and until recently he was Chief Examiner of Modern Greek GCE examination of the University of London. He is a founding member of what has by now become the largest private university in Cyprus, the “University of Nicosia” (previously Intercollege, founded in 1980). For more than 20 years he was the President of the Board of Governors at Intercollege, Nicosia, Cyprus. He was a member of the Preparatory Committee that lead to the establishment of the “University of Cyprus” in 1989, the first public university in the history of Cyprus. Among the many and varied challenging roles he was invited to perform, was that of special Advisor to the President of the Republic of Cyprus.

Chris had been exceptionally active with student support services since his university days when he also served as president of the Student Union and Vice-president of the Intercultural Association. After graduation, he worked for a private college in Cyprus in the Departments of Training and Development and Student Recruitment. He is now the President of the Alumni Association of the American Academy, Nicosia, a prestigious and among the oldest private high schools in Cyprus and is also a member of the schools Board of Governors.

Despo, after had worked as a tutor at Alderman Gallow Community College, U.K. Upon her return to Cyprus she was employed as Director of Student Affairs with a reputable private college in Cyprus; her office dealt with student counseling, marketing & recruitment. Until she joined our company she was challenged with the position of PR & Promotion Manager for one of the oldest and biggest trading companies in Cyprus. Its main activities are the importation, sale and distribution of consumer goods through all the trade channels of the market. 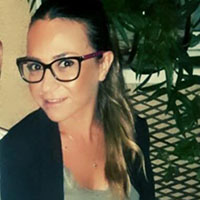 Marianna has a broad background of working with UK Universities and has been under the wing of Middlesex University, as the regional point of contact with an experience of over 5 years. She has also worked for one of the major developers in Cyprus as Marketing Executive. Marianna is involved with prospective students’ university application process. She monitors and responds swiftly and efficiently to all enquiries (electronic, telephone and personal interviews). Marianna is well informed and is instrumental in finding suitable accommodation for all students. 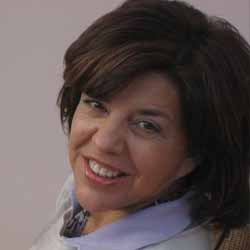 Monica taught Art at the English School, Nicosia and operates her own Art Studio. She reviews portfolios and offers advice to prospective applicants who wish to study Art and Design at the tertiary level of education. 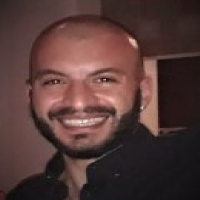 Dimitri has been heavily involved in Football being a Football Coach. Also having experience being the editor of Cypriots Worldwide a directory of who’s who interviewing high achieving Cypriot athletes from around the globe. His experience as a Football coach covers both Men and Women and all ages working in the UK for Football clubs Queens Park Rangers, Barnet and Haringey Borough. Working in the USA in Massachusetts and New Jersey for GPS / Bayern Munich F.C. and now in Cyprus.

His involvement being the Head Coach of all Elementary and Highschools Football programmes in the Towns of Scituate, Cohasset and Milton in Boston USA. Being Head coach of Football at Hadley Wood and Nightingale Primary Schools in London, UK. Being involved in the Cypriot community Football coaching in the Cypriot KOPA League UK with Komi Kebir and also with Omonia Youth F.C.